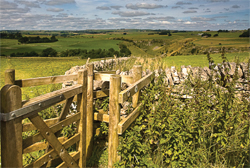 The Radiology training programme in the East Midlands delivers a structured and varied curriculum to a high standard. With lots of one-to-one training and dedicated weekly training sessions, you'll join dozens of trainees who have consistently achieved a high level of clinical excellence and exceptional exam results.

One of the main benefits to training in the East Midlands is the unique geography of the reason. As well as being centrally located, the region also offers a wealth of world-class music, film, art, sport and theatre and is steeped in history and heritage. Keep reading to find out more about the vibrant East Midlands.

With a wide choice of theatres, music venues and concert halls, the East Midlands is a major centre of culture. Whether you enjoy rock and pop music, ballet, musical theatre, drama or classical music the region has something for everyone including the world famous Download festival, an international film festival and the UK's most established comedy festival.

The Nottingham Contemporary is one of the largest contemporary art galleries in the UK while the National Space Centre in Leicester is the UK's largest attraction dedicated to space exploration.

The East Midlands boasts two of the best rugby union club sides in Europe, six Football League teams, a Test cricket ground and some of the country's most popular horse racing venues. In addition, the region is a major home to world motorsport. The British Grand Prix is hosted by Silverstone every year while Donington Park hosts regular racing events.

One of the UK's most popular destinations for visitors

The East Midlands continues to be hugely popular with tourists and millions of people head to the region every year. Visitors spent over £1.5 billion in Nottingham in 2011 while Leicester hosts the largest Caribbean festival after Notting Hill and the largest Diwali celebrations outside India.

Historian John Ruskin called Lincoln Cathedral 'out and out the most precious piece of architecture in the British Isles' while Chesterfield boasts its world famous crooked spire and one of the largest open-air markets in Britain.

An affordable and great place to live

The East Midlands offers affordable housing, a low cost of living and has gained plenty of plaudits for the quality of life. The average house price is 44% lower than the South East and 62% lower than London despite being just an hour's train ride from the capital.

In March 2015, Nottingham was named amongst the best 50 urban places to live in the UK by the Sunday Times and praised for its 'rich heritage' and excellent public transport system. Lonely Planet magazine praised Derby for having 'a lot to offer...that you don't get anywhere else in England' while Northampton is a bustling market town just 46 minutes by train from London.

Some of England's most beautiful countryside

If you are a fan of the great outdoors then there is plenty to enjoy in the East Midlands. Follow the legend of Robin Hood in Sherwood Forest, explore the Peak District - the UK's first National Park - or take a walk along Northamptonshire's network of canals, sampling the local hospitality on the way.

Sold on the region? Click here for more about the superb Radiology training programme.

For more information, speak to one of our Training Programme Directors: